Email this petition to your friends

Help spread the word about this petition. Copy the code below and paste it into your website or blog to help promote this petition.

Save Queens Garden from redevelopment 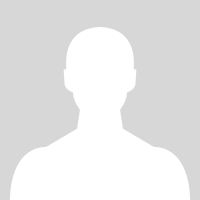 Queens Garden
435 Signatures Goal: 2,000
Sale Of The Land In Queen’s Garden known as “The Italian Garden”- Bromley Town Centre
To all Members of Bromley Council:
I wish to object most strongly to the possible sale, by the Council, of the above stated land for the expansion of The Glades/Intu and construction of five restaurants within the Queens Garden Conservation Area.
The land, which became Queens Garden, was given to the people of Bromley in perpetuity for recreation in a signed legal agreement in 1898 between the Lord of the Manor and the Urban District Council “and its successors”. Despite this pledge the Council sold off the North West area linking to Market Square to build the Glades Shopping Centre.The land which is now the Italian Garden was added to the Gardenin compensation for this loss. It is a much valued haven of peace and beauty with its ornamental planting and layout. Sale of this compensatory public open space will be a major breach of public trust in the Council as guardians of our precious Green Heritage.
Traders in the Bromley North Village Area are also concerned at the impact on the economy of their areawhich is largely dependent upon restaurant trade and which isin conflict with the aims of the current regeneration programme for the area.
The issues highlight a possible conflict in the Council's roles as, on the one hand a property owning developer and on the other hand a planning authority with environmental duties and responsibilities.
The Executive Committee has already agreed a sale, in principle,subject to planning permission but this permission was refused by the Development Control Committee.Capital Shopping Centres recently won an appeal against this refusal but this does not entitle them to acquire the land.
The Council is urged to abide by the Development Control Committee decision and respect the views of the Ward Councillors, The Advisory Panel for Conservation Areas, The Bromley Forum of Friends Groups, The Open Spaces Societyand, above all,local people and not to allow the saleof the Italian Garden for development.
Important note to petitioner : please enter your FullPost Code in the 1st line of your comments and please help up by circulating this link to others http://www.ipetitions.com/petition/save-queens-gardens/
Sponsored by: The Friends of Bromley Town Parks, Gardens and Bromley Civic Society and Bromley Baptist Church